France had been almost certain to qualify for the 1994 World Cup, but a shock defeat at home to Israel set up a showdown against Bulgaria at the Parc de Princes. When they met on the night of November 17, 1993, France needed a draw and Bulgaria needed to win. Eric Cantona gave France the lead on the half-hour mark with a typical volley, but Emil Kostadinov equalised five minutes later. France held on until the 90th minute, when Ginola, who had been brought on as a late sub for Jean-Pierre Papin, had the ball by the corner flag. Ginola's wildly overhit cross fell to the feet of the Bulgaria left-back, Emil Kremenliev. With no time to spare, Bulgaria worked the ball up the pitch to Lubo Penev, who chipped the ball over the France backline and into the stride of Kostadinov. The forward took the ball down with his first touch, steadied himself with his second and lashed it into Bernard Lama's net. Bulgaria were on their way to the USA. France were out.and the feud between Ginola and Houllier was about to begin. 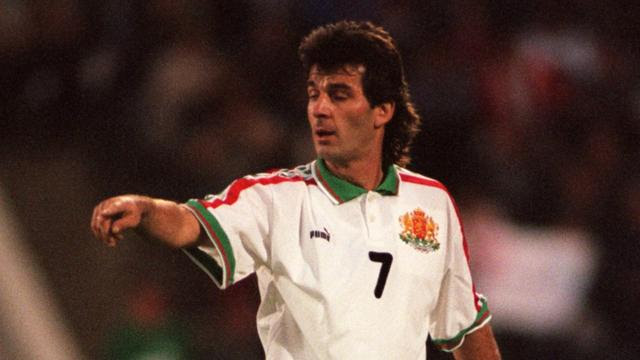 Hristo Stoichkov thought the hosts had bottled it. "The French were so scared. We knew that's how they would be and our tactics were based on that. They played for a draw and never went looking for a win. They didn't deserve to qualify and we hit them where it hurt most."

Didier Deschamps, who would go on to captain France in 1998, said the failure was collective: "We've made real asses of ourselves." Gerard Houllier, who described the night as "the most catastrophic scenario imaginable", disagreed. The France manager singled out Ginola for criticism, accusing him of being "the murderer" of French hopes: "He sent an Exocet missile through the heart of French football and committed a crime against the team."

The ghost of 1993 when they failed to qualify for the USA 94 edition still haunting the french team,they losing to the Ukraine 0-2 in the 2014 World Cup qualifying in Kiev,the pressure certainly on them.They need to turn the deficit and win the game at least by   3-0.The questions is can they do that ? If the French fail to qualify for the 2014 edition,they was no better than this 1993 team,just a bunch of losers and whiners.Just can't wait for the Ukraine match this Tuesday.